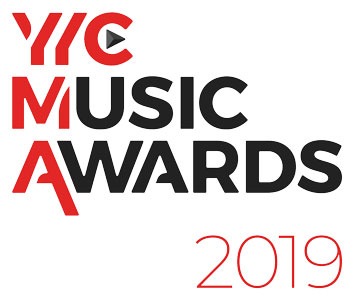 Congratulations to the 2019 Nominees!

ALTERNATIVE RECORDING OF THE YEAR 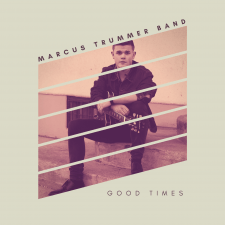 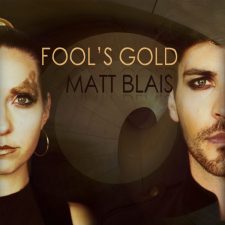 Poke the Bear - "Along The Way" Expand 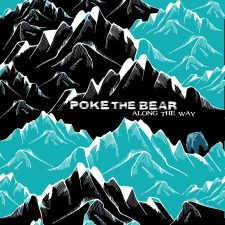 Album/Single Title:
Along The Way 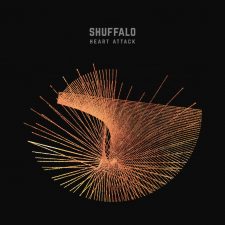 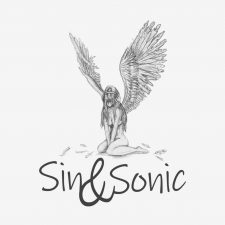 Contemporary Inspirational Recording of the Year

COUNTRY RECORDING OF THE YEAR

presented by The Calgary Stampede

Album/Single Title:
All Over It

Album/Single Title:
Play It By Beer

EDM RECORDING OF THE YEAR

Female artist OF THE YEAR

Album/Single Title:
Because I Loved

Known for her pure but powerful voice, Deanne Matley has a way with a vocal line. She has the ability to swing hard, emote softly, and connect with her audience. Deanne is a flexible performer in both English and French, who’s as comfortable in front of a big band or on a festival stage as she is singing with a trio in an intimate club space. Deanne has shared the stage with jazz greats including Larry Koonse, Brian Lynch, Matt Catingub, Tommy Banks and Al Kay. She’s featured in the September 2018 edition of Downbeat Magazine, is a featured artist on ICI Musique (CBC Quebec), and was a 2018 nominee as the “Industry Person of the Year” for the YYC Music Awards.

Deanne studied at the Berklee College of Music, the Banff Centre for the Arts, and the Stanford Jazz Institute both before and after launching her career as a jazz vocalist. Deanne’s latest and most ambitious album, “Because I Loved,” an emotion-driven combination of original songs and exquisite, heartfelt jazz and pop covers, came out in May 2018. Distributed by Distribution Select, the album features well-known Montreal artists Ranee Lee (vocals), Jim Doxas (drums), Paul Shrofel (piano) and Adrian Vedady (bass), joining Deanne in an artistic tour-de-force.

Deanne has a positive and motivated outlook on music. Her unique ability to motivate and inspire budding musicians is shown through her dedication to community-building. She is a strong believer that personal success is coupled with encouraging the success of others. Deanne has opened up performance opportunities across Calgary, organized many ‘women in jazz’ concerts that raised funds for charity, and is a mentor to aspiring artists of all ages.

While she does give her all in her own musical performance and career, she is utterly selfless in building the Calgary music community. She has become a powerful role model for aspiring musicians, singers and songwriters, not only in jazz, but across many genres. Beginning in 2009, Deanne led and hosted the weekly Café Koi Open Mic for 7 years, which continues to give singers the unique opportunity to share their talents with audiences, improve their abilities, and engage in feedback from industry. She inspires people to perform in public and offers encouragement to further pursuing a musical path.

In January 2016, she started a public, house concert-type experience called The Listening Room. Artists to grace this stage include Kenna Burima (Woodpigeon) and Simon TJ (Hello Moth, Jocelyn Alice), for example. Due to her hard work and the success of the shows, this monthly singer-songwriter series at Lolita’s Lounge grew into a collective with a second monthly series featuring jazz vocalists. Now, The Listening Room offers a series of workshops for budding singers that cover a wide variety of topics such as songwriting, self-esteem on stage, Latin rhythms, and sound-checking essentials.

Another aspect of her kindness is her annual gift to the Calgary Arts Academy. She offers a grant program for students, with the goal of encouraging youth showing an interest in music. Criteria are also based on financial need or special circumstances, so it makes a significant impact on a child’s life and future every year. Grant information is available at: http://www.caaschool.com/for-parents/deanne-matley-grant/

What separates Deanne Matley from the pack is her continual search to learn and discover, to stretch her own boundaries and to grow. It’s a marvel to witness this endlessly curious singer, who is not content to rest on her considerable laurels, preferring instead the excitement of new challenges and intriguing opportunities. She shares this passion with the Calgary music community.

Female Artist of the Year

The Zackariah and the Prophets Memorial award (2019)

FOLK RECORDING OF THE YEAR

Album/Single Title:
The Garden of Song

Album/Single Title:
Somewhere Down The Road

Album/Single Title:
where the earth meets the sea

Group OF THE YEAR

Achievements:
Extensive touring across Canada including 34 dates through rural Sask and 28 dates across rural Alberta

Completely self funded and independent (Performing over 270 shows as of early 2019).

Opened up for and supported notable bands such as: Pop Evil, One Bad Son, The Wild!, The Lazys, and Todd Kerns among others.

Industry Person OF THE YEAR

Sarah Scott - 'Made In Alberta'

Jazz RECORDING OF THE YEAR

Music with Mandy - "On the Sunny Side of the Street" Expand

Album/Single Title:
On the Sunny Side of the Street

Male Artist OF THE YEAR

Achievements:
Al Muirhead has long been an iconic figure on the Canadian jazz scene. The trumpeter, composer, arranger, sideman has been making listeners take notice for longer than jazz fans might realize. Born in Regina in 1935, he was playing in the Regina Symphony and dance bands by age 12. In his teens, Muirhead began to take notice of greats such as Dizzy Gillespie, Miles Davis, Louis Armstrong, Chet Baker, and Charlie Parker. While Muirhead’s playing is infused with the indelible influence of jazz giants, his flowing, melodic sound is his own — and has become influential in its own right. Muirhead has worked with legends such as Guido Basso, Diana Krall, Paul Anka, Rosemary Clooney, Frank Mills and Dizzy Gillespie. In 2013, he was honoured with the WCMA Heritage Awardfor his mentorship and industry-building. In 2015, he earned the Saskatchewan Jazz Festival’s Special Recognition Award. A highlight is the release of his first-ever solo album “It’s About Time,” that was nominated for a 2016 JUNO Award. Muirhead unleashes melodies that are incredibly inventive and utterly timeless. Now at 83 years old and four more albums under his belt, he shows no sign of slowing down!

Trumpeter Al Muirhead is excited to present his most intriguing project to date; Undertones. Recorded in mid February 2018 at award-winning OCL Studios, the album features Muirhead on the rare bass trumpet with his new Canadian Quintet. The album highlights musicians he has admired over the years, including Canadian jazz heavyweights Kelly Jefferson (sax), Reg Schwager (guitar), Neil Swainson (bass) and Ted Warren (drums).
Released on September 28, 2018, Undertones features Muirhead on the rate bass trumpet – an instrument on which he is one of the few masters in the world.
The album was #1 in Canada and hit #14 in the US on jazz charts. Radio play continues into Spring 2019 across the continent.
Undertook a full festival tour in Summer 2018 to the major Canadian jazz festivals, which is rare for Western Canadian artists: Montreal, Niagara, Vancouver, Victoria, Edmonton, Regina, and Saskatoon.
Press coverage in All About Jazz, Jazz Weekly, Midwest Record, Republic of Jazz, and a host of international jazz blogs to rave reviews.
2016 JUNO Award nominee - Jazz: Solo for his first album. It’s About Time.
Billboard advertising for the nomination in Saskatchewan by the JUNO Awards.
2016 AFM Citation Award – a rare and special meritorious award presented at the WCMAs by the Regina CFM Local; an honour he shares with Frank Sinatra and Bob Hope.
2017, 2016 WCMA nominations.
2017, 2016 YYC Music Award wins.
2017 Calgary’s Top 7 over 70.
2016 performances at JUNO Awards Gala, JUNOfest, BreakOut West, YYC Music Awards.
Media appearances on CTV National News, CBC, City TV, CKUA, CJSW.

Al is 83 years old and does not tour as much as he did in his younger days - which was extensively. He still remains an active player, instructor, band leader and arranger in the Calgary area where he is celebrated as a mentor and veteran.
2018 jazz festival performances at Montreal, Niagara-on-the-Lake (special guests Guido Basso and Dave Young), Vancouver, Victoria, Saskatoon, Edmonton.
January/February 2017 release concerts in Edmonton (Yardbird Suite) and Calgary (National Music Centre)
March 2017 10-day tour to Hawaii with the Cappy Smart Band.
2017 jazz festival performances at Edmonton, Medicine Hat, Lethbridge, Calgary and tentative bookings at Regina, Toronto, Ottawa, Niagara and Vancouver.

2016 BreakOut West Festival performance with special guest Jack Semple.
2016 YYC Music Awards gala performance.
2016 JUNOfest official showcase and label showcase.
2016 JUNO Awards Gala performance to a standing-ovation, band leader for 9 nominees who performed a track from his nominated album.
Al also performs 20+ concerts with the Prime Time Big Band each season. He has been a member since it’s inception in the 1990s. He’s also the featured trumpeter in Calgary Jazz Orchestra, where he performs 5 concerts each season. Al has also been a member since its inception.

Album/Single Title:
Play It By Beer

Achievements:
Miles We Put Behind (2018)

Metal RECORDING OF THE YEAR

Hammerdrone - "An Ever Increasing Wave" Expand

Album/Single Title:
An Ever Increasing Wave

Album/Single Title:
Wing of the Crow

Music Video OF THE YEAR

Album/Single Title:
Keep On Keepin' On

Pop Recording OF THE YEAR

R&B/Soul Recording OF THE YEAR

Rap Recording OF THE YEAR

Jazzlib - "Behind Bars Too" Expand

Album/Single Title:
Behind Bars Too

Kay L - "Before The Money" Expand

Album/Single Title:
Before The Money

Rock Recording OF THE YEAR

Crack the Lens - "The Armoury" Expand

The Moröns - "We Throw You Under The Bus" Expand

Album/Single Title:
We Throw You Under The Bus

Single OF THE YEAR

Album/Single Title:
All Over It

Songwriter OF THE YEAR

Song/Single Title:
All Over It

Song Lyrics:
All Over It Lyrics

World Recording OF THE YEAR

Scruffyfish – “Off the Hook” Expand

Album/Single Title:
Off The Hook

ZACKARIAH AND THE PROPHETS MEMORIAL AWARD

presented by The Prophets of Music